Sharon Osbourne says the claims being made against her — including that she used racist slurs and bullying tactics against her colleagues on “The Talk” — are “crap.” While the show remains dark amid CBS’s investigation into the allegations, Osbourne, 68, gave another interview, this one to tabloid the Daily Mail, following one with ET, defending herself. This time, she addressed the new allegations made by Season 1 co-host Leah Remini to journalist Yashar Ali that she called former co-hosts Julie Chen, an Asian-American woman, “slanty eyes” and “wonton,” and Sara Gilbert, a lesbian, a “p**** licker.” Osbourne called it a “pile on.”

Sharon Osbourne says the claims being made against her — including that she used racist slurs and bullying tactics against her The Talk colleagues — “are crap.”

While the show remains dark amid CBS’s investigation into the allegations, Osbourne, 68, gave another interview, this one to tabloid the Daily Mail, following one with ET, defending herself. This time, she addressed the new allegations made by Season 1 co-host Leah Remini to journalist Yashar Ali that she called former co-hosts Julie Chen, an Asian-American woman, “slanty eyes” and “wonton,” and Sara Gilbert, a lesbian, a “p**** licker.” Osbourne called it a “pile on.” 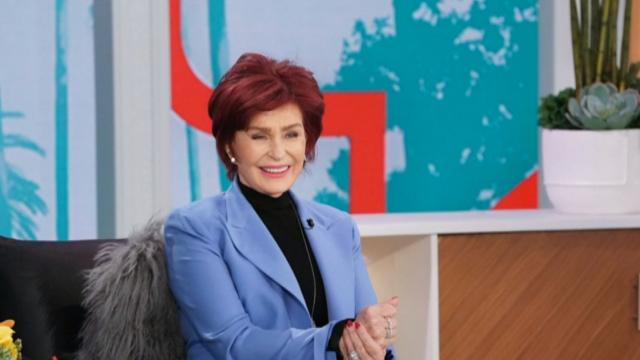 The hit CBS daytime show “The Talk” is on extended hiatus, as the network investigates allegations Sharon Osbourne used offensive language toward her colleagues. Osbourne says she was setup on-air and denies that she made crude remarks about her former co-hosts. Jonathan Vigliotti reports.

“In situations like this, you’re always going to get people who you’ve had disagreements with in the past, people who’ve got axes to grind, who come out of the woodwork and they’ll come out with their bs and that’s it,” Osbourne said. “It doesn’t surprise me at all.”

And while “being accused of racism is no joke,” she said what’s happening now is “revenge,” and bitter people —alluding to Leah Remini, a season 1 co-host and named source to Ali — “coming out with stupid, childish comments.”

Asked specifically about what she allegedly said about Chen, she replied, “It’s all crap… It’s got no real foundation. Allegations of calling a Chinese lady a wonton, it’s like — is that all you’ve got? It’s like really?”

Osbourne — who’s been at the center of a race storm since she defended her friend Piers Morgan last week — added, “Everyone’s got an opinion or a story like the wonton story. It’s like f**k off with your f**king wonton story. F**k off!”

And she seemed to be dismissive of Remini specifically, saying, “I don’t want to go there with her. She makes her living out of outing people,” perhaps alluding to her work investigating Scientology. “So, it’s like come on.” (Remini also claimed Osbourne called her anti-Italian slurs.)

As for what started all this — The Talk‘s March 10 show, which saw her defending Morgan’s controversial criticism of Meghan Markle — Osbourne maintains she was blindsided by producers who were told, by CBS execs, to put her in the hot seat. CBS ran Oprah’s interview with Markle and Prince Harry, and Osbourne suggested the network was miffed by Morgan’s criticism of it getting so much attention.

Osbourne also said she’s since learned that producers asked The Talk co-host Elaine Welteroth to lead the segment which led to the racism debate, but she refused. So Sheryl Underwood took over and it got heated.

“I found out later on, they’d asked Elaine to start off the segment and she said, no I’m not doing it,” Osbourne said. “She kept saying, ‘where’s the evidence that Piers is a racist? Where’s the evidence? Show me’. Of course, they couldn’t show her anything because there wasn’t anything.” (Welteroth reportedly filed a complaint with CBS after the show about racial insensitivity on set.)

Osbourne called the whole thing — also including claims she called former co-host Holly Robinson Peete, who is Black, “ghetto” and waged a campaign to get her fired — “hurtful,” but said the more she tries to defend herself, the worse she’ll come out looking.

“It’s like that line that people use: ‘Oh, some of my best friends are Black’ and you come out with ridiculous statements. Well, I’m not going to do that. Yes, I blew my bloody wad on the show and I went nuts, I went nuts.”

But she says the outcome would have been different if she didn’t feel set up.

“If [producers] said to me, ‘Listen, the execs here aren’t happy with what’s gone on with you and Piers. We’ve got to try and sort this situation out. The girls are going to ask you these questions…’ Bring me in on it,” she said. “Don’t blindside me… Don’t bloody surprise attack me on national TV live for 20 minutes… We were meant to talk about fu**ing Pepe Le Pew and they let this go on.”

Osbourne — who previously said she’s unsure whether she’ll return to the show regardless of investigation findings — said she suspects she’ll be fired.

“I kind of think they’re going use me as a sacrificial lamb and fire me,” she said. “It’s fine. It hasn’t happened yet but I’m sure it will…. So be it. I’m a big girl.”

Though this has all taken a toll, she added, “It’s been a really, really bad week – a lot of mental pressure and heartache.”

Osbourne previously said that Underwood, who led the segment, has not returned her calls attempting to apologize over the drama.

CBS said in a statement to Yahoo Entertainment, “CBS is committed to a diverse, inclusive and respectful workplace across all of our productions. We’re also very mindful of the important concerns expressed and discussions taking place regarding events on ‘The Talk.’ This includes a process where all voices are heard, claims are investigated and appropriate action is taken where necessary. The show will extend its production hiatus until [March 23] as we continue to review these issues.” 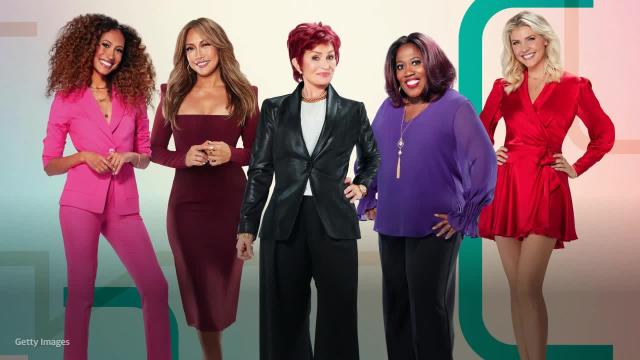 “The Talk” has reportedly extended its hiatus, after it was anticipated to resume Wednesday, for CBS to investigate last Wednesday’s contentious debate about race — though how it will play out is the big question. And whether co-host Sharon Osbourne will be there for it as she now faces new allegations of racism behind the scenes on the show.