The animals remaining at the exotic animal park made famous by the Netflix docu-series “Tiger King: Murder, Mayhem and Madness” will be given up, the U.S. Department of Justice ordered.

Tiger King Park, owned by Jeff and Lauren Lowe, was home to numerous exotic big cats and other animals. But since the release of the show, the couple has faced numerous legal issues with the park once owned by Joseph Maldonado-Passage, also known as Joe Exotic.

In January, the Justice Department ordered all of the big cats in the park be surrendered and be put in suitable care facilities, claiming the Lowe’s violated the Endangered Species Act and the Animal Welfare Act.

In May, federal agents seized 68 protected lions, tigers, lion-tiger hybrids and a jaguar from the park in Thackerville, Oklahoma, just north of the Oklahoma-Texas border. During the seizure, a special agent with the U.S. Fish and Wildlife Service reported Lauren Lowe threatened to kill him. 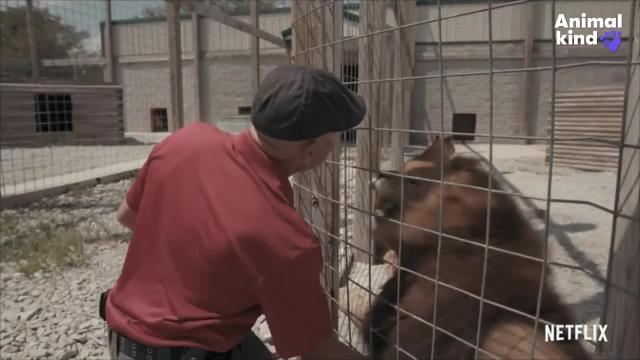 Here’s what happened to ‘Tiger King’ animals after doc

Joe Exotic had hundreds of tigers in the Netflix ‘Tiger King’ documentary. The Wild Animal Sanctuary saved 39 of them.

Now, the DOJ will seize over 60 remaining animals from the park, which include porcupines, bobcats, foxes and a camel. KXII reported the DOJ said the couple “abandoned their right, title, and interest in the animals remaining at the Tiger King park.” The agency has until Friday to pick up the animals.

Carol Baskin, CEO and founder of Big Cat Rescue in Florida and a longstanding critic of Joe Exotic, told KXII she was concerned for the remaining animals left at the park.

“There have been a number of huge rescues and seizures in the last few years, with anywhere between 50 to over 100 big cats at these tiger mills where people are breeding these big cats. One by one, we’re seeing more of these places go under, or have the animals seized, and more of these animals are going to live at sanctuaries, so it’s all a step in the right direction,” she said.

How is Joe Exotic?

Just before the docu-series was released by Netflix in March 2020, Joe Exotic was sentenced to 22-years in federal prison for attempting to hire someone to kill Baskin, as well as other crimes.

However, the U.S. Court of Appeals for the 10th Circuit in Denver ruled in July that the 58-year-old should have received a shorter sentence, between 17½ years and just under 22 years, and ordered a re-sentencing. He also has called for President Joe Biden to pardon him so he can go home and get “proper medical care” for prostate cancer.