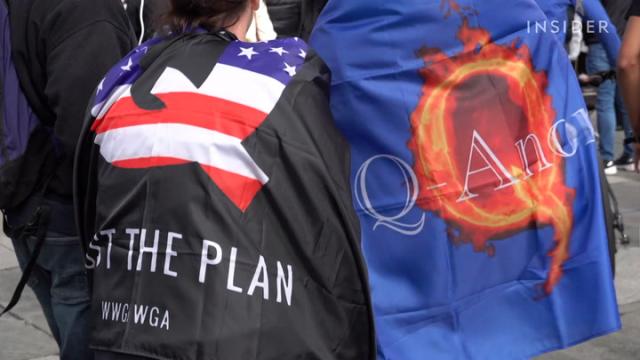 Parler and the Trump Organization, negotiating on behalf of then-President Donald Trump, held talks that would have given Trump’s company a major stake in Parler in exchange for the president making it his go-to social media platform, BuzzFeed News reported Friday.

After former Trump campaign manager Brad Parscale raised the idea to Trump last year, Parscale and Alex Cannon, a lawyer for the campaign, got together with Parler’s then-CEO John Matze as well as investors Dan Bongino and Jeffrey Wernick, according to BuzzFeed.

Parler offered Trump’s company a 40% stake, doled out over two years – and in exchange, it wanted to require Trump to post on Parler four hours before reposting his content on other platforms (while also always linking back to Parler), BuzzFeed reported.

According to its report, the talks between Parler and the Trump Organization began last summer and were revisted after Trump lost the election to Joe Biden, but ultimately failed – and it wasn’t clear how involved Trump was in the negotiations.

Parler, the Trump Organization, and Trump’s personal office did not respond to a request for comment.

Trump’s sprawling business empire – and his refusal to distance himself from it while president – raised broad concerns about whether he was abusing the office to enrich himself.

During the first two years of his presidency, Trump earned $73 million in foreign deals. Trump’s son-in-law, Jared Kushner, also set up a shell company to secretly pay Trump family members as much as $617 million.

Ethics experts told BuzzFeed News that a deal with Parler would have violated anti-bribery laws because Trump would have received something of value in exchange for Parler getting a say over where Trump made his official statements.

Parler quickly gained popularity among Trump supporters and far-right figures in November following the election due to its lax approach to moderating content, though Trump never made a verified account there.

But following the Capitol attacks, which rioters planned in large part on Parler, the company faced swift backlash over that approach. Apple and Google removed the app from their app stores, and Amazon cut off web-hosting services to Parler, forcing the platform offline. The companies said Parler had repeatedly refused to remove violent content or adjust its moderation approach to be in line with their policies.

Matze said this week that he was fired by Parler’s board and major investor Rebekah Mercer, a far-right donor that was particularly influential during Trump’s 2016 campaign.