Like many young adults, John David Washington moved home amid the coronavirus pandemic, and his dad Denzel Washington made sure he was earning his keep around the house.

The Tenet actor, 36, appeared on Friday’s episode of Jimmy Kimmel Live, during which guest host Samuel L. Jackson asked about his experience living at home again.

“You really live in Brooklyn, but since the pandemic has happened you had to come back home. So you’re living in the house again, right?” said Jackson, who has known John David for nearly his whole life.

“Technically not anymore, but I was,” Washington shared. “I was in my old room.”

Jackson, 71, went on to ask the Ballers star if his father has made him do chores, as Denzel likes “some order in the house.”

“I can’t believe we’re doing this right now,” the former NFL star laughed. “There was a chore or two. My chore was to make sure I’m down for dinner in time.”

“That’s not a chore,” Jackson rebutted. “A chore is like sweeping the driveway, taking the garbage out, something to earn your keep.”

“How about cooking?” Washington suggested. “There you go, I earned my keep that way.” 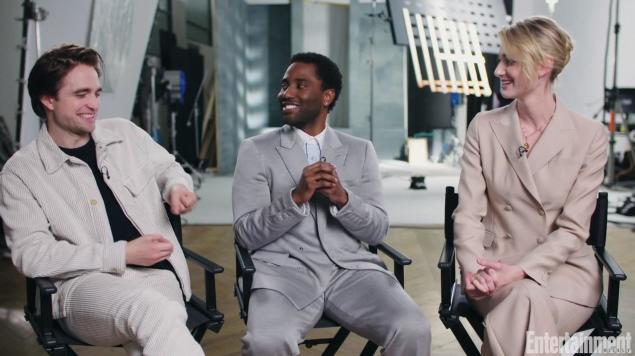 “I know you’re the grill master,” he added. “You got mad, mad grill skills, I gotta say that.”

Washington graduated from Morehouse College, where his record-breaking D2 college football career led to a brief stint playing in the NFL.

He played for the St. Louis Rams in the 2006-07 season and for the American team Rhein Fire in NFL Europa. When he gave up football for acting, he got his major breakthrough, ironically, by playing football star Ricky Jerret on HBO’s Ballers.

RELATED: Tenet to Play in Los Angeles Drive-Ins as Select Movie Theaters Are Cleared to Reopen

In 2018, Denzel told PEOPLE that he’s proud that his eldest son has made his own way in Hollywood without relying on any major help from his dad.

“That’s my son, I love my boy and I’m just happy he’s his own man, he’s independent,” the two-time Oscar winner said. “He’s really good at what he does, and the fact that he’s been fighting to make his own mark, he didn’t want any help from me, I didn’t help him get onto Ballers or anything like that.”

The film earned $20 million in its opening weekend in North America, making it the biggest opening weekend for Hollywood since the coronavirus pandemic shut down movie theaters in March, according to the Associated Press.

Tenet is now playing in select theaters across the country.