It was his dream job. He never thought he’d be bribing doctors and wearing a wire for the feds.

When Oswald Bilotta landed his dream job as a sales representative for Novartis Pharmaceuticals in 1999, he thought he’d be doing good for society while doing well for himself and his family.

He had no idea that just over a decade later, he’d be part of a vast federal investigation into kickbacks at Novartis and that he’d be paying cash bribes to doctors while wearing a wire for prosecutors.

On July 1, Ozzie Bilotta’s yearslong effort to blow the whistle at Novartis paid off. The Justice Department announced a $678 million settlement with the company over improper inducements it made to doctors to prescribe 10 of the company’s drugs, including the anti-hypertension drug Lotrel. The deal represents the biggest whistleblower settlement under the federal anti-kickback law, Bilotta’s lawyer said.

“I felt like you needed to take drastic action to turn this system upside down and make it more legit,” Bilotta, 57, said in an exclusive interview with NBC News. “The whole system needed to be blown up and pieced together in a fair way — fair for taxpayers and good for patients.”

Although the payout Bilotta will get under federal whistleblower laws hasn’t been determined, he could receive a pretax sum of $75 million through the settlement, his attorneys said.

In the settlement, Novartis admitted to “certain conduct” alleged by the government and will sharply curtail practices exposed by Bilotta that gave doctors incentives to prescribe its drugs. Novartis derived at least $40 million as a result of the conduct, money that was paid by federal health care programs, the government said.

“For more than a decade, Novartis spent hundreds of millions of dollars on so-called speaker programs, including speaking fees, exorbitant meals, and top-shelf alcohol that were nothing more than bribes to get doctors across the country to prescribe Novartis’s drugs,” said Audrey Strauss, the acting U.S. attorney for southern New York, whose office prosecuted the case.

Chief Executive Vas Narasimhan said in a statement that Novartis is committed “to resolve and learn from legacy compliance matters. We are a different company today — with new leadership, a stronger culture, and a more comprehensive commitment to ethics embedded at the heart of our company.”

Bilotta, a Novartis sales representative for the eastern end of Long Island, filed his suit in January 2011 under the False Claims Act, detailing remuneration to physicians, such as lavish dinners at restaurants; costly tickets to sporting events and entertainment, including a trip to a Manhattan strip club; gift cards; and catering for events in the lives of doctors’ children, such as graduations or bar mitzvahs.

On behalf of the government and to prove his case, Bilotta secretly recorded himself making cash payments to two doctors and got confirmation from four others of having accepted prior remuneration.

The government and New York state took up his case in 2013. It covers activities at Novartis that took place from January 2002 until November 2011. In addition to Bilotta’s evidence, the government interviewed 350 witnesses, he said. The anti-hypertensive drug Valturna and the anti-diabetes drug Starlix were among the 10 or so drugs involved in the kickbacks.

WE HAVE A LOT TO WORRY ABOUT TSA whistleblower says agency isn’t doing enough to keep officers, passengers safe. 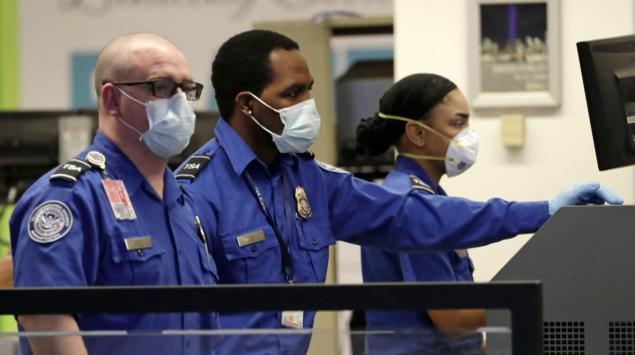 The federal government’s anti-kickback statute is a criminal law barring remuneration to health care providers for patient referrals or other business involving goods and services covered by health care programs such as Medicare and Medicaid. Kickbacks can result in higher health care costs, overuse of drugs or services and improper patient steering.

The company’s doctor speaker programs took place at luxury restaurants in New York City, Miami, Chicago and San Francisco where physicians were supposed to educate other practitioners about Novartis’ drugs. Over the period, one doctor received over $320,000 in honoraria and wrote more than 8,000 prescriptions for the company’s drugs, the government said. None of the doctors were identified by the government.

Bilotta, a child of immigrants from southern Italy, said he felt he had made it when he got the job at Novartis. “The positions are very competitive — they have thousands of applicants per job,” he said. “You felt almost honored to have gotten the position.”

Right away, however, some things seemed off, Bilotta said. He recalled one doctor presenting him with a page listing 10 patients’ names on his first day visiting doctors’ offices. Confused, he asked what it was. “I was told, ‘Once we get to 10 patients on this drug, we get a $100 gift certificate to a restaurant,'” he said.

Bilotta said that when he asked about it, his manager didn’t seem concerned and didn’t follow up. Novartis’ ethics policy stated that it was a criminal offense to offer payments or inducements to prescribe its drugs, according to the settlement.

Keeping high-prescribing doctors happy was an intense focus at Novartis, Bilotta said. At meetings with higher-ups, sales representatives would get hundreds of dollars in American Express gift checks to present to doctors.

As the years progressed, talk grew among pharmaceutical sales representatives about other drug companies’ buying big-ticket items for doctors — covering the cost of a swimming pool was one rumor Bilotta recalled. Some physicians started asking for more — a television for the waiting room, a donation to a child’s graduation. A top prescriber demanded that Novartis hire his son, which it did. The son didn’t last long on the job, Bilotta said.

“I saw things evolve,” Bilotta said. “We went from a strictly product focus to one that is more about incentivizing.”

In the mid-2000s, Novartis began ramping up its doctor speaker programs, at which the company paid physicians to educate other practitioners about a drug’s merits. But some of the drugs Bilotta sold had been around for years and were well-known, making it clear to him that the events were simply a payment system, he said. At the vast majority of the programs, small talk dominated and the drugs weren’t mentioned, Bilotta added.

“They wanted to have the veneer of conveying medical knowledge,” he said. “But how much education on these old drugs do you need? I’d be stunned if 10 percent of the programs were legitimate.”

According to the Justice Department, Novartis “hosted tens of thousands of speaker programs and related events under the guise of providing educational content, when in fact the events served as nothing more than a means to provide bribes to doctors.”

In Rockford, Illinois, for example, Novartis held 124 speaker programs over eight years with the same 10 doctors, or a subset, as the only people attending. Novartis paid one doctor to speak at 102 of the events.

Novartis created a compliance department in 1999, the government said, but until 2001 it had only one person on staff. The company didn’t conduct a full-blown audit of speaker events until 2008, the settlement said, but its compliance training materials discouraged sending emails about the activities, in part, because they put Novartis at risk. The settlement noted that Novartis’ chief compliance officer told company trainees in presentations: “If you don’t have to write it, don’t. Consider using the phone.”

Every quarter, Novartis would require its sales representatives to spend a budgeted amount, say, $5,000 apiece, on doctor speaker programs, Bilotta said. The funds were allocated immediately.

But finding enough practitioners to attend the programs was difficult, and sometimes money allotted for the programs wasn’t spent. Then there’d be hell to pay, Bilotta said.

“I had situations where my sales were good and for some reason I didn’t spend all my money and they would threaten my job,” he said. “They had a specific return on investment they attached to the money they spent.”

The government said one set of speaker programs generated a 1,200 percent return on investment among the doctors who attended.

Occasionally, Bilotta had interactions with patients, in a doctor’s waiting room for example, and they’d complain about the high costs of their medications. The conversations upset him, he said, given what he knew about Novartis’ payoffs to doctors and how they increased health care costs. “It was depressing,” he said. “You felt like you were hurting patients.”

In the mid- to later 2000s, he said, the situation became untenable. “By 2008, I saw this was just a bunch of schemes,” he said. He contemplated leaving Novartis, but job prospects were few during the Great Recession.

In 2010, Bilotta went to a manager and told him that he had evidence of fraud. He said the manager replied: “I’m sure we could find something on you.”

“I had to do something, but I didn’t feel there was any avenue,” he said.

Later that year, he saw a fraud case against another big pharmaceutical company and decided to contact whistleblower lawyers. By early 2011, he’d been debriefed by law enforcement, and before he filed suit, he began wearing a wire to record conversations with six doctors in his territory. Two took $500 each in cash, and the others confirmed receiving prior inducements or being willing to do so in the future.

Law enforcement was “stunned to hear that doctors were taking cash bribes,” Bilotta said. “They asked: ‘Can you get this on tape?’ I paused momentarily — that’s when the nature of the case really revealed itself to me.”

At first the case was under seal, but when Bilotta’s name emerged, he started to get death threats and online taunts. He felt he had to move his family out of the New York area, but he said the support he got from peers and strangers far outpaced the criticism. After taking medical retirement from Novartis in 2013 because of Meniere’s disease, he began living on a partial salary and medical insurance.

Under its settlement with the government, Novartis has agreed to make significant changes to its doctor speaker programs. Going forward, the programs will be in a virtual format only. They may not take place in restaurants, and alcohol can’t be offered. Future programs may occur only for the first 18 months after a new drug or a new indication is approved by the Food and Drug Administration, and the company is limited to paying a total of $100,000 to all speakers for each drug or indication, or $10,000 per physician.

The changes signify the impact of the Novartis case, said one of Bilotta’s attorneys, James E. Miller, a partner at Shepherd Finkelman Miller & Shah.

“These limits, as opposed to the tens of millions of dollars often spent by pharmaceutical companies on speaker programs, will substantially diminish the opportunity for a physician’s prescription-writing to be influenced by the payments the physician is receiving from pharmaceutical companies,” Miller said. “We hope that this settlement will serve as a model on how to put a stop once and for all to the mischief and illegal behavior that we believe is rife in pharmaceutical speaker programs — despite the industry’s persistent claims to the contrary.”

Bilotta said that with the settlement finalized, he wants to work to change health care practices and laws that harm patients and taxpayers. Allowing the reimportation of drugs and letting the government negotiate drug prices would save taxpayers tens of billions of dollars, he said, and he plans to work on promoting those changes.

“My intention is to keep this good momentum up and benefit the taxpayers,” he said.

While Bilotta’s decision to blow the whistle at Novartis has yielded positive results, he said the process isn’t for everyone.

“It is not an easy road — it’s very psychologically taxing,” Bilotta said. “You have to be very sincere in what you’re doing and be prepared to be opened up to a tremendous amount of scrutiny. Go with your convictions, but if you’re doing it for financial gain, it’s a mistake.”

9 thoughts on “It was his dream job. He never thought he’d be bribing doctors and wearing a wire for the feds.”