An Iranian has been sentenced to nine years in jail for beheading his teenaged daughter in her sleep, local media reported Friday, adding that the mother wants him executed.

The so-called “honour” killing of 14-year-old Romina Ashrafi on May 21 sparked widespread outrage, with media condemning “institutionalised violence” in the Islamic republic.

Media said Romina was decapitated at the family home in the village of Talesh in the northern province of Gilan.

“Despite the judicial authorities’ insistence on a ‘special handling’ of the case, the verdict has terrified me and my family,” Rana Dashti, the mother, told ILNA news agency.

“I don’t want my husband to return to our village ever again,” she said, calling for the verdict to be reviewed and changed to “execution”.

Having lived with the man for 15 years, Dashti said she now fears for the life of the rest of her family.

Ebtekar newspaper said at the time of Romina’s killing that Iran’s “eye for an eye” retributive justice does not apply to a father who kills his child, for which the customary sentence is jail time and fines. 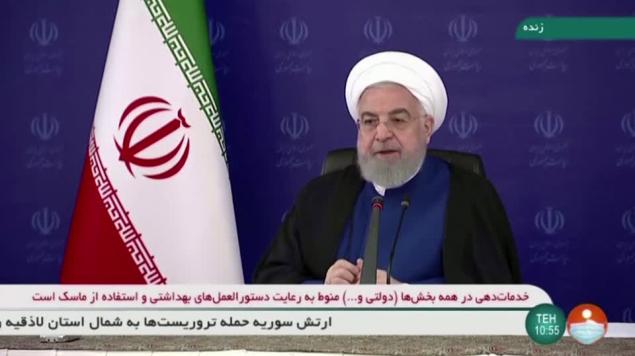 Iran’s President Hassan Rouhani has “expressed his regrets” following the girl’s killing and called for the speedy passing of several anti-violence bills.

Romina had reportedly run away after the father refused to give permission for her to marry a man 15 years her senior.

But she was detained by authorities and taken home, despite having pleaded with a judge that she feared for her life if returned.

The man she wanted to marry, Bahman Khavari, was sentenced to two years in prison, local media said, without specifying the charge.

The legal age of marriage for women in Iran is 13.