While 2020 will go down as one of the worst years in recent memory for many, Beyoncé has managed to give her fans plenty of things to smile about. From the release of Black Is King on Disney+ to performing on the “Savage” remix with Megan Thee Stallion to her charity BEYGOOD offering grants to those impacted by the eviction crisis, Beyoncé has continually shown she is there for people. 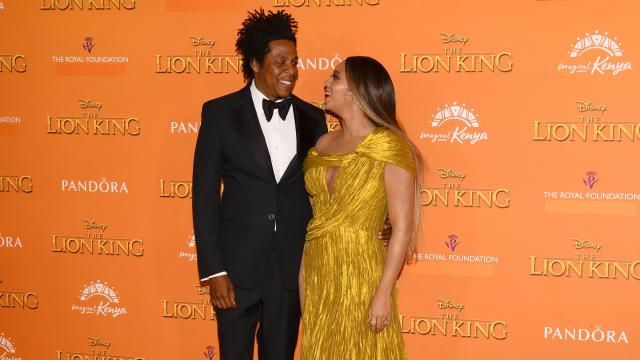 And now, as she reflects on the year, Beyoncé has posted oodles of unseen footage on Instagram in her “Cheers to 2020” video. “Cheers to a New Year Beehive!! 🎆🎊,” the singer captioned her video compilation. “2020 divided us and united us. Most could not see loved ones and we felt too many loses, but we were united by our humanity.” She continued, “This year for me has been about celebrating joy, chasing happiness, and living in love.”

From footage of her children to previously unseen outfits, Beyoncé really spoiled us with her end of year drop. The superstar shared a clip of her daughter, Rumi, rapping, before Beyoncé asked the little girl if she’d had a good summer. The exchange was too cute.https://platform.

Rumi and Sir even posed together wearing pieces from Ivy Park’s collaboration with Adidas.

She also shared photos and footage captured on New Year’s Eve last year, as the family celebrated the end of 2019. Blue Ivy looked so grown up in the snaps.

Beyoncé’s end of year video even included a montage of her dancing to Megan Thee Stallion’s “Savage Remix” which featured the one and only Queen Bey. Beyoncé opted to wear only animal-print looks while dancing, singing, and posing to the hit track, and she looked absolutely stunning in every single outfit. Fans were quick to point out the epic segment, and its accompanying wardrobe.

A US Customs and Border Protection officer was sentenced to 30 months for taking a $6,000 bribe at the US-Mexico border

A racist video sparked change in a wealthy Texas suburb. Then a ‘silent majority’ fought back.