Diversity star and Britain’s Got Talent judge Ashley Banjo has shared a picture of his children on social media to “lighten the mood” as he faced a vicious backlash of racist abuse from online trolls.

Official complaints over Diversity’s dance inspired by the Black Lives Matter movement on the ITV talent show on Saturday September 5 have increased to almost 22,000, and Banjo and other members of the group have received a torrent of racial insults.

Banjo, 31, shared a picture of himself on a walk with his 19-month-old daughter Rose and six-month-old son Micah on Instagram captioned: “There’s been a lot of negativity recently so I thought I’d lighten the mood with a picture of me completing some dad duties… One child is brown and one is white … That should confuse the racists #diversity #family.”

The BGT judge – who is standing in for Simon Cowell after he broke his back – shared the happy family portrait just hours after publishing some of the racial abuse he has received on social media since Diversity’s dance performance, which ended with the troupe ‘taking the knee’ to highlight Black Lives Matter.

Banjo, who is married to fellow dancer Francesca Abbott, shared a selection of the comments he had received on social media, insisting it was not “criticism” but “racism” and “hate”.

He said: “I didn’t want to even shed light on any of this directly. But here’s just a small selection from the past week.

“But for all the people asking or wondering – yes it is very real and yes it does exist.” 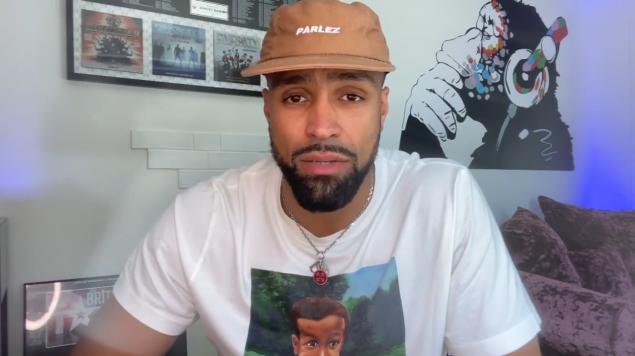 Ashley Banjo responds to the haters of Diversity’s BLM performance

The Britain’s Got Talent judge had his say on Instagram

Some of the shocking comments shared by Banjo include one which said: “How dare a bunch of blacks call themselves ‘Diversity!’”

Another wrote: “Diversity of race, race mixing, cultures diversity, etc… is never going to bring anything ‘vibrant!’ We are tribes, we like our own. A race war is coming, and the media fuel the fires.”

Diversity found fame after winning the third series of Britain’s Got Talent in 2009. Other members include Ashley’s brother Jordan and Perri Kiely.

Their performance earlier this month was watched by over five million people on the Saturday evening family entertainment show. Inspired by the death of George Floyd, the emotional performance included a moment when lead dancer Ashley Banjo lay beneath a figure in police uniform who placed his knee on Banjo’s neck.