A man in Iowa suspected of driving his car into a crowd of Black Lives Matter protesters told police that the demonstrators needed “an attitude adjustment,” officers said in a criminal complaint.

The criminal complaint, seen by Insider, said Michael Stepanek, 45, drove into a crowd of protesters who were blocking a street in Iowa City on August 21. 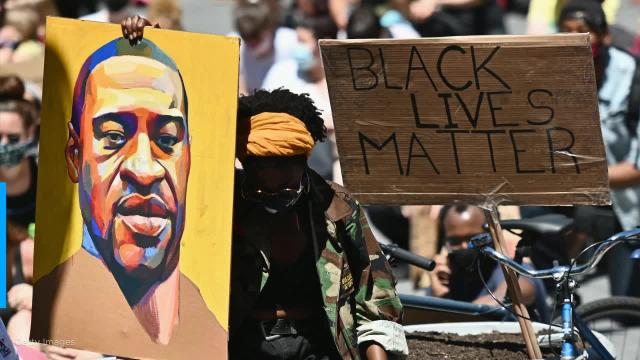 The report said that Stepanek was stopped behind vehicles at the intersection where demonstrators were standing before the incident. Police say he made a U-turn, drove around the block, turned his lights off, then drove into the crowd.

“The defendant intentionally struck multiple people with his vehicle and sped away,” police officer Michael Smithey said in the report.

Witnesses told the Daily Iowan that no one was seriously injured in the incident, but one victim told police he was in pain from being hit by the vehicle.

Police arrested Stepanek after video of the incident circulated on social media. They identified Stepanek via his license plate.

Stepanek has since been charged with two felonies: intimidation with a dangerous weapon and willful injury.

New York Daily News reported that Stepanek was being held in Johnson County Jail on a $15,000 bond as of Wednesday. By Thursday, according to court records, he had posted bond.