Despite his political differences with its boss, a member of the Kennedy dynasty joined Jared Kushner’s coronavirus task force as the pandemic began to ravage the US. 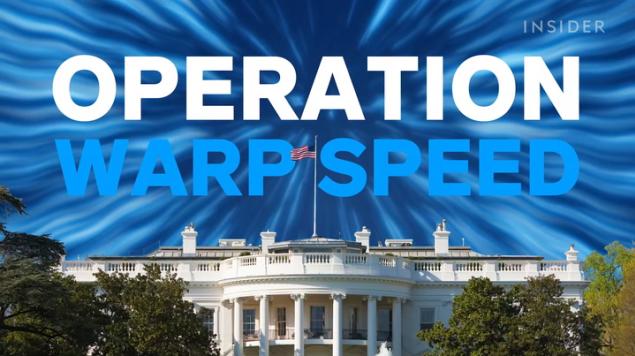 The White House is spending billions of dollars on Operation Warp Speed, a project to develop a coronavirus vaccine in record time.

However, Max Kennedy Jr. said that his hopes for Kushner’s team to rise above partisanship to do good were swiftly dashed and that at one point he was asked to distort a model of the COVID-19 pandemic to downplay its expected impact.

Kennedy, 26, a grandson of former Attorney General Robert F. Kennedy, described his experience to The New Yorker on Monday.

“I was torn, to some extent,” said Kennedy, a Democrat. “But it was such an unprecedented time. It didn’t seem political — it seemed larger than the administration.”

Kennedy said he was so taken aback by what he saw that he decided to act as an anonymous whistleblower to Congress in April. In his New Yorker interview, Kennedy confirmed that he was the whistleblower.

After leaving the team, Kennedy began work for 2020 Democratic campaigns.

He said the coronavirus team’s volunteers had no relevant experience and were told to prioritize allies of President Donald Trump.

Describing one moment of political interference, Kennedy said he was asked to create a rival model of how many people the virus could kill, on the grounds that other predictions by experts were “too severe.”

Kennedy said his instructions were to make a model predicting a high of 100,000 deaths in the US. As of Tuesday, about 200,000 Americans had died from the virus.

Kennedy said he was asked to do this by Brad Smith, one of the task force’s directors. A spokesman for Smith told The New Yorker that Smith did not recall the conversation.

Kennedy said he declined to create the model, telling Smith that he didn’t “know the first thing about disease modeling.”

Kennedy also said he believes the Trump administration decided to rely on volunteers so it could bypass its own experts and “control the narrative.”

He said the team — made up of mostly people in their 20s with backgrounds in finance — was small and ill-qualified for the task at hand.

“It was the number of people who show up to an after-school event, not to run the greatest crisis in a hundred years,” Kennedy told The New Yorker.

“It was such a mismatch of personnel. It was one of the largest mobilization problems ever. It was so unbelievably colossal and gargantuan. The fact that they didn’t want to get any more people was so upsetting.”

He also said they were told to prioritize requests from Trump’s allies, such as the Fox News host Jeanine Pirro, who was “particularly aggressive” and demanded that masks be sent to a certain hospital.

He said he refused when asked to draft a justification for the team’s directive to direct millions of dollars’ worth of supplies to five preselected distributors.

Kushner’s program was largely ended in May, though the US outbreak was continuing and states and hospitals were still seeing shortages.

A Kushner representative did not immediately respond to Business Insider’s request for comment.

Kennedy broke a nondisclosure agreement in order to alert Congress. “I just couldn’t sleep,” he told The New Yorker. “I was so distressed and disturbed by what I’d seen.”

He described the program as “like a family office meets organized crime, melded with ‘Lord of the Flies,'” adding, “It was a government of chaos.”