Related: What it was like in the middle of the pro-Trump mob at the Capitol 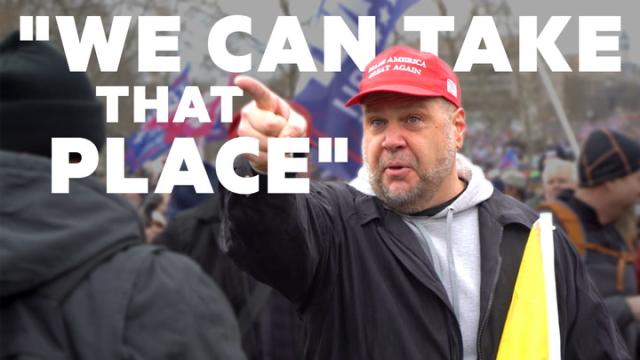 Insider was filming from the heart of Wednesday’s insurrection as Trump-supporting rioters flooded the Capitol halls and ransacked the building.

Some of the rioters taking part in the siege on the US Capitol on Wednesday got there in the wealthiest of ways.

Jenna Ryan, a Texas real-estate broker and conservative radio host, flew into Washington DC on a private jet to take part in the siege, multiple outlets have reported. The siege was a failed attempt to overturn President Trump’s defeat in the 2020 presidential election.

Ryan, who hosts The Jenna Ryan Show, where she shares her political views, took to social media to share details of her journey.

On January 3, she posted to Facebook: “OK guess who’s going to DC by private jet?!?! Meeee.” Two days later, she Tweeted: “Hopping on a plane heading to DC #MarchToSaveAmerica #stopthesteal.”

She even took a photograph next to some of the carnage, a broken window, posting it to Twitter in a since-deleted tweet, but not before others saved the image to reshare. Per The New York Post, it read: “Window at The capital. And if the news doesn’t stop lying about us we’re going to come after their studios next.” Ryan said on Twitter she didn’t break the window herself.

She later called storming the Capitol “one of the best days of my life.”

After several outlets, including The Dallas Morning News and Newsweek, reported the news, Ryan took to Twitter in a series of tweets to discuss her “swarm of haters” and “hit pieces.”

“This is my first time to have so many haters,” she tweeted. “Just because I am a Patriot who believes in Freedom. Okay, WELCOME HATERS.”

On Friday afternoon, she shared a public statement on both Facebook and Twitter saying that she went to the Capitol under the impression that it would be a peaceful march.

“I do not condone the violence that occurred on January 6, 2020 and I am truly heartbroken for the people who have lost their lives. Hatred and violence toward each other are not going to solve our country’s issues. As a nation, we need to come together Republican, Democrat and Independent and have an open and honest discussion about the issues in our country and resolve our issues in peace,” she wrote.

The violent siege disrupted congressional order and left five dead, with significant damage to the Capitol building itself. Some of America’s military allies believe Trump deliberately provided aid to the pro-Trump mob, with possible support from federal-law enforcement officials, Insider reported on January 7.