If I don’t get off the plane I’m going to sp*** out’: Claustrophobic Delta passenger, 31, who ‘popped’ plane door and slid down escape shoot at LaGuardia with friend and service dog ‘had PTSD episode sparked by prison stint’

A Delta passenger, 31, and his friend, 23, who were arrested for opening a cabin door and escaping down the slide with their service dog after he was suffering from post-traumatic stress disorder were pictured leaving a New York court arm in arm after his arraignment.

The duo were arrested after Murdock opened a cabin door and activated the slide on Delta Flight 462 traveling from La Guardia Airport in New York to Atlanta Monday morning.

They changed seats several times before the flight began taxiing out to a runway and Murdock stood up and said he had PTSD, another passenger said.

He ignored the flight attendant’s instruction to stay seated and the plane came to a grinding halt when he forced open the door and the pair went down the emergency slide with their service dog Rain. 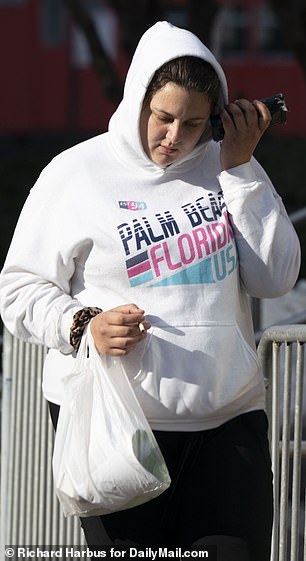 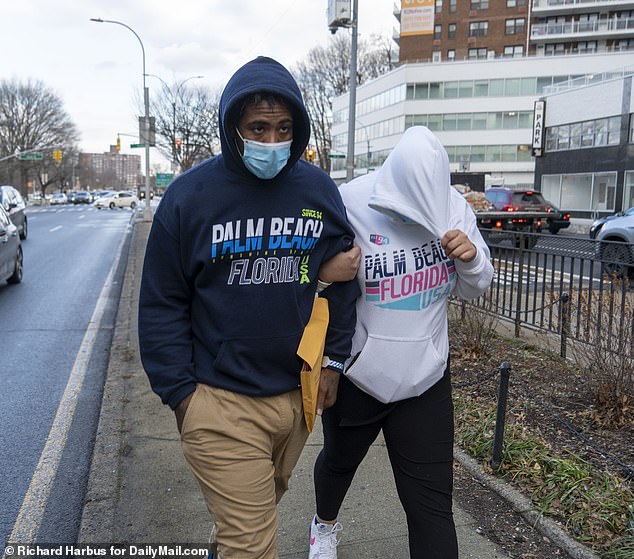 Murdock was led into court in handcuffs by Port Authority cops Tuesday morning ahead of his arraignment. Greco then headed into court hours later.

On Monday, the couple boarded Delta Flight 462 at LaGuardia which was headed for Atlanta, Georgia.

Flight attendant Kasey Williamson said she saw Murdock and Greco walk through the plane and heard Murdock threaten to ‘pop the door’, according to court documents.

‘I need to get off the plane, I don’t want to sit here,’ Murdock said, per the documents.

At this point, Murdock allegedly pushed past the attendant and she saw him open the emergency exit door.